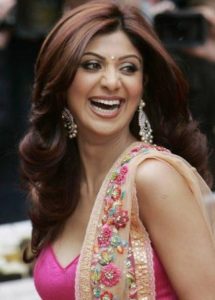 Bollywood actresses and the books they read or don’t

The world press (including ‘The Guardian’) tittered when Shilpa Shetty (known to them because of the ‘racist attack’ on her during her stay in ‘Big Brother’ where Jade Goody called her ‘Shilpa Fuckawallah’, ‘Shilpa Daroopa’ and ‘Shilpa Poppadom’, model Danielle Lloyd said that Shilpa “couldn’t even speak English properly anyway” and “Shetty should “fuck off home”.) recommended George Orwell’s allegory ‘Animal Farm’ for the children so that they can ‘love and care for animals’. It was obvious that Ms Shetty hadn’t read the book. She hadn’t even read the summery of the book available on the ‘net.
Shilpa became a laughing stock of the high society, Bollywood and Page 3 circuit.
Shilpa found an scapegoat in her publicist and the latest version, which no one seems to believe, is that it wasn’t she but her publicist who had blundered.
Whether her publicist or the starlet, the focus has returned to the books read by the actresses and their GK.
I remember finding Tinkle in the luxury van of a top South Indian heroine. Her secretary told me that the actress read only comics. It didn’t surprise me as she had started her career as a child actress. She hadn’t had any opportunity to read. In fact, she didn’t need to read much. That she was a superb actress and had a great career is a different story. Except for a few films, Bollywood films have never required nuanced performances.
Later this actress, who had a double role in a comic like film, was to tell me me that she looked at every film as a comic.
She said matter of factly that her only reading was comics and the scripts.
It was true of another South Indian actress too , known for her obsession with a married super star, too. She wouldn’t even read the newspaper as, to quote her, “Who wants to see the ugly faces of politicians every morning?”
Her only reading was the glossies and mainly her own interviews and the interviews given by her star lover. And books on health, beauty and make up.
But not all the heroines of this period hated books.
Besides being one of the best actresses Bollywood has seen, Meena Kumari was also a poetess and read books. She is on record as saying that reading broadens the outlook and gives your thoughts a depth that goes a long way in understanding and interpreting the characters. Not for nothing did she give some really nuanced performances.
Even Raakhee is known to be a voracious reader but that again could be the influence of the very same man – Gulzar – who brought books in the life of Meena Kumari. Raakhee, now a recluse in her farmhouse, continues her reading. Books regularly reach her by courier.
While these five belong to the older generation, here is an interesting episode about the reading habits of one of the top heroines of today. Married to a Muslim actor from a royal family, she was gifted a book by her husband who reads a lot. She happily kept the book next to her pillow for several days, talked about it to the media but confessed that she couldn’t go beyond the first few pages.
Funnily, when she launches a book – she has launched several – the media focus is never on the author. One would find her solo pictures with captions like “Xxxxx launched a book at a five star hotel in Western Suburbs”. At least this actress has no pretensions of being an ‘intellectual’ but her mother-in-law, a star in seventies and eighties, was always perceived as an intellectual because she would always have a ‘heavy’ book on her!
But she didn’t notice that she was given a book written by Alistair MacLean for a shot that showed her
reading in a golden jubilee hit; a book she would have hated to be seen with.
Interestingly, her daughter has inherited a love for reading from her. I once found her buying several books from Crosswords. But I don’t know whether she bought them for her reading pleasure or while getting done the interior of her new apartment.
A more interesting character is an actress who is always found with a pair of spectacles on her nose, and her nose in a fat book and is perceived as an ‘intellectual’. No one says anything about the kind of books she reads and her interviews don’t show any spark of this intelligence.
I got an opportunity to see the title of a book she was reading. It was a James Hadley Chase book!
But the lady who takes the cake is an actress known for being a ‘feminist’. She bought a couple of books on feminism, gave these books to her publicist and asked her to find some ‘interesting’ quotes from the books. The publicist, also not known for reading, googled for some quotes from these books and used them while answering an e-mail interview questionnaire. Unlike in the quotes of Shilpa Shetty, this interview didn’t have any gaffes.
But the books remained unread.

Reading and GK don’t really seem to matter as far as the success and the career of glamorous girls are concerned.
Shatrughan Sinha once ridiculed a South Indian actress for not knowing the name of the President of India.
Ironically, she found her way to the Parliament.

Mohan Deep is a novelist and star biographer. View all posts by admin