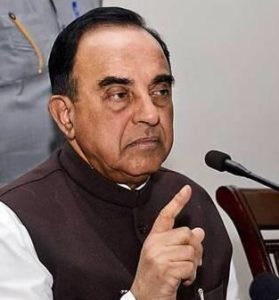 When Pranab Mukherjee said in his first interview after he became the President of India that he always wanted to have such a large lawn for morning walks he was only revealing the human side of his larger than life image.
While one doesn’t expect the President to be flawless, the idea always is to have a person of stature in the Rashtrapati Bhavan.
Unless he gets to have another term, Mukherjee may not have his morning walks in the large lawns after July 2017.
The speculations about who will be the next occupant have already begun.
The post of the President of India is like that of the Queen of England. Persons with dignity and characters, who have lived a controversy-free public life without any political bias ought to occupy it.
In over six decades, persons of great stature like Dr. Rajendra Prasad, Dr Radhakrishnan, Dr. APJ Adbul Kalam and Dr. Zakir Hussain have occupied it. But along with them have been, in the list, Presidents we rather forget about.

Pratibha Patil was under a cloud when she was nominated. Her brother had been charged with murder and the apprehension was that she may use her influence in the case.
Yet, she went on to become the President.
Controversies about her continued during her tenure and even after her term got over.
One of the many of her scams is about acquiring a land, over 2 lakh sq feet, belonging to Defence and building a 4,500 sq ft bungalow in Pune while a retired President can get a house with a maximum area of Rs 2000 sq ft.
Her only ‘qualifications’ were that she would be the first woman President and she was perceived to be loyal to Gandhis.
It was the same loyalty to Mrs Indira Gandhi that made Giani Zail Singh declare in public that he was ready to follow her orders even if she asked him to sweep the floor. He went on to become the first Sikh President of India.
Fakhruddin Ahmed was so loyal to Mrs Gandhi that he could be woken up at midnight to sign an ordinance proclaiming national emergency. He signed it immediately and went back to sleep.

During the days of Vajpayee government, BJP didn’t have enough numbers to get the presidency to its nominee P.C. Alexander as Congress was averse to him. They settled for APJ Abdul Kalam, a choice of SP’s Chief Mulayam Singh Yadav. But now BJP can have anyone it chooses to become the President. Seeing that Modi has an absolute control on the party, it is going to be his choice alone.
The first name that is making the rounds is of Lal Kishan Advani.
In fact, Union minister Nitin Gadkari had suggested Advani for President, but Narendra Modi reportedly felt that “age is a major factor”. Advani is in good health but seeing that the term is five years, Modi is right. The memory of the age factor diminishing the agility and health hasn’t still faded from the public memory.
Modi has totally sidelined Advani and the rest of old guards including Murli Manohar Joshi, Yashwant Sinha and Shatrughan Sinha.
I don’t think Modi would risk having a President with his own mind.
The diminutive ball of fire Sushma Swaraj, once perceived as the Prime Minister candidate, too can be the final choice. But would she make an ‘obedient’ President?
Modi wouldn’t be happy with the idea of a controversial Subramaniam Swamy, either. Swamy’s name figures here because he has written about how J Jayalalitha wanted him to become the President. To quote Swamy, “In 2007, Jayalalithaa wanted me to become the President of India. I declined her offer telling her that I had a teaching assignment at Harvard University. I was also not sure about my winning chances. Because many political leaders were afraid of me.”
Swamy may be as unwanted now. No one wants an unpredictable and controversial person to become the President.
A more serious candidate is NCP Chief Sharad Pawar. Once in the running for the post of the Prime Minister, Pawar has vast administration experience and ‘friends’ across the party lines. Congress has been an ally for his NCP and his equation with Narendra Modi seems a major asset. It is because of this equation that BJP has virtually spared his nephew Ajit Pawar in the irrigation scam in Maharashtra and has settled only for the head of Chhagan Bhujbal.
During the parliamentary election campaign Modi had often accused NCP of being the most corrupt but is on record as describing whatever he has said about the opposition parties as election rhetorics not to be taken seriously.
Pawar is a ‘pragmatic’ politician and may suit Modi.
But there are others too. India hasn’t seen any industrialist occupying the Rashtrapati Bhavan but it may happen now.
Narayan Murthy, the founder and former Chairman of Infosys, is a respected figure and whispered to be as an ideal candidate. He can make the kind of President a Prime Minister, who has radical plans – some obvious and the others unclear – would welcome. He would be supportive no matter what the PM does.
Modi may find Ratan Tata too a good choice. Why, Nandan Nilekani (Aadhar) too may be in the running. He has always been a blue eyed boy for the establishment.
While Bollywood stars are considered good for campaigning, even holding portfolios, a Bollywood star as the President seems incongruous unless he happens to be Amitabh Bachchan. His name made rounds the last time but his strained relationship with Gandhis is said to have worked against him.
A politically neutral Amitabh may make a good choice if he lives down wife Jaya’s activism against demonetisation.
Seeing that Modi is the Monarch and BJP in absolute control – even if they lose every election in Punjab, UP and Goa – we shouldn’t be surprised to find RSS Chief Mohan Bhagwat or even Baba Ramdev the next President of India.
And once Modi decides to make someone – even if he be Baba Ramdev – no one can change his mind. To quote Venkaiah Naidu, “It is not in his blood.”

On the surface, the idea of having a wing exclusively for developing and promoting films ‘themed on Indian tradition’, as announced by Mithlesh Kumar Tripathi, the convener of the art and culture cell of the BJP seems harmless. But, as a writer, I’m wary of any interference / influence on cinema or for that matter, any other mode of expression.
BJP is not the only party that wants to propagate Indian values in its cinema. Congress and Marxists have used the cinema in pursuit of similar goals with their private agenda. Jawaharlal Nehru encouraged Raj Kapoor to propagate his brand of socialism that glorified Soviet Russia. Lal Bahadur Shastri asked Manoj Kumar to turn his slogan (Jai Jawan Jai Kissan) into a movie and Upkaar was born. Nehru was also instrumental in getting Haqeeqat a propaganda film made by Chetan Anand; a film that puffed up India’s defeat at the hands of China in an avoidable war.
Mrs Indira Gandhi got Manoj Kumar to start work on Naya Bharat to justify and glorify the draconian emergency. Kumar got Javed Akhtar to write the script. Fortunately for Manoj and Javed, the emergency was lifted much before the film could be made.
Keep your hands off the content of the films!
Encouraging any form of art with grants and awards, incentives and facilities is encouraging the culture of bhaands.
The big filmmakers who make films like Dilwale Dulhaniya Le Jaayenge, who are making pots of money, don’t need these grants and awards. The smaller ones would find themselves compromising, towing a particular line to woo the awards.
If you, as a government want the Indian filmmaker to compete with his counterparts in other countries – provide an infrastructure. Free him from the clutches of the distributors who control the theaters, and therefore the filmmakers. A good film by a small maker can’t reach the audience as the multiplexes control the screens. They have their own interests to look for. It is easier to make a pile from simultaneous release on 3000 screens even from a third class film with a couple of stars. All they need is the right marketing and publicity; content be damned.
These distributors and exhibitors have created another culture of bhaands; the filmmakers who just cater to the lowest common denominator making films like Grand Masti.
A government run chain of small theaters, each with a capacity of 300-500, spread all over the country would give a chance to the small, independent filmmaker – a chance to make good cinema, a chance to compete at the world level.
Whatever these filmmakers – other creative people – make is going to be a part of Indian culture.
Knowing how the over-enthusiastic and often culturally uneducated wannabes hijack ideas, it is important to analyze the idea of ‘Indian tradition’ and ‘Indian culture’. If the idea is to have a conservative presentation of women or a military boot on depiction of erotic scenes, the BJP and its art and cultural cell will have to do a rethink. I’m also writing with reference to the U turn of the Central Board of Film Certification in the recent times. It is slowly returning to the dark days of stone age.

The Censorship has never been a Hindu idea!

Hindu is a free thinking, all accommodating religion. There is no place for censorship in Hindu religion.

END_OF_DOCUMENT_TOKEN_TO_BE_REPLACED

Campaigning is hard work. Real tough.
My friend Sunil Dutt was the most tireless campaigner. He would do long padayatra. He even walked from Mumbai to Punjab to draw attention to ‘terrorism in Punjab’. I remember seeing the bruises on his feet as he lied on the hospital bed in Breach Candy Hospital. He had returned after giving his observations on terrorism in Punjab to the then Prime Minister Rajiv Gandhi and how the Congress-led government could tackle the problem.
Dutt never lost an election.

Sanjay Nirupam is another hard working politician. He has risen from the rank. He was a journalist with ‘Indian Express’ when Shiv Sena Chief Bal Thackrey spotted him and got him to edit ‘Dopahar Ka Saamna’. Thackeray also nominated him to Parliament. While other journalists who have been nominated – Khushwant Singh, Pritish Nandy and many more – have never contested and won an elections. Sanjay Nirupam is the only exception. But then he is also a rare Bihari from Shiv Sena who made another successful transition to Congress.
He is a three times MP who is looking at the fourth term.
He lives in my constituency but is the candidate for Mumbai North.
Rakhi Sawant is the candidate for my constituency – the Mumbai North-West constituency. And she is the Vice President of a new party called Rashtriya Aam Party (RAP). There are 1563 parties in India – only 53 are recognized by the Election Commissioner – and RAP is among the latest additions. By a quirk of fate, the HQ of this party is near the building, where I’ve my den. I invited Rakhi here.
Neither Rakhi Sawant nor Krishan Lal Hans, the President of the party knew that I was a journalist and over the last 30 odd years, have met scores of candidates and scores of politicians. But then I know more about Gurudas Kamath (Congress), Gajanan Kirtikar (Shiv
Sena), Mahesh Manjrekar (MNS) and Mayank Gandhi (AAP) than about Rakhi.
I have known Guru since the time he was the President of Youth Congress. I covered his campaign in 1984 and have noted with interest that he has represented Mumbai North-East 5 times and Mumbai North-West the 6th time.